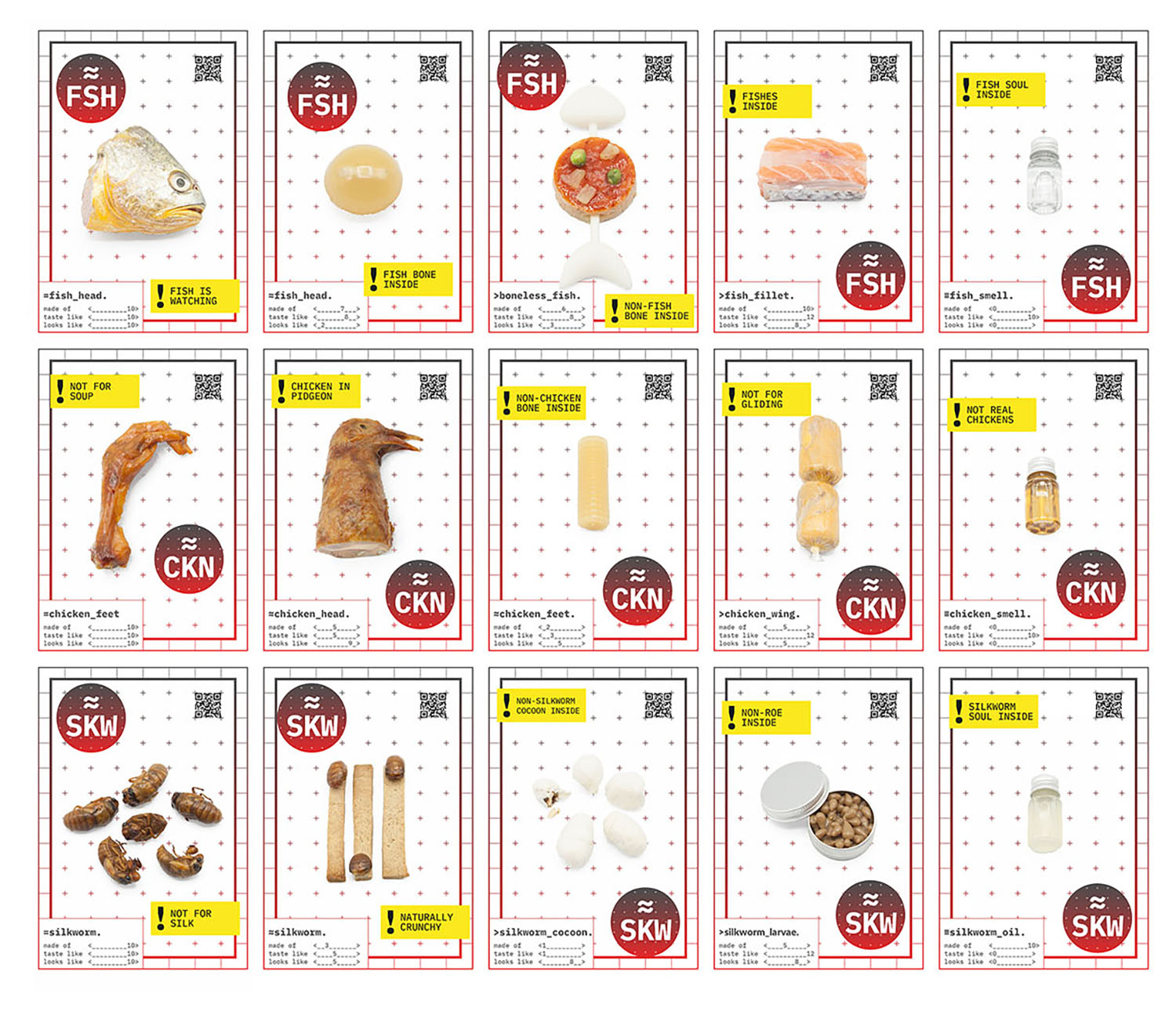 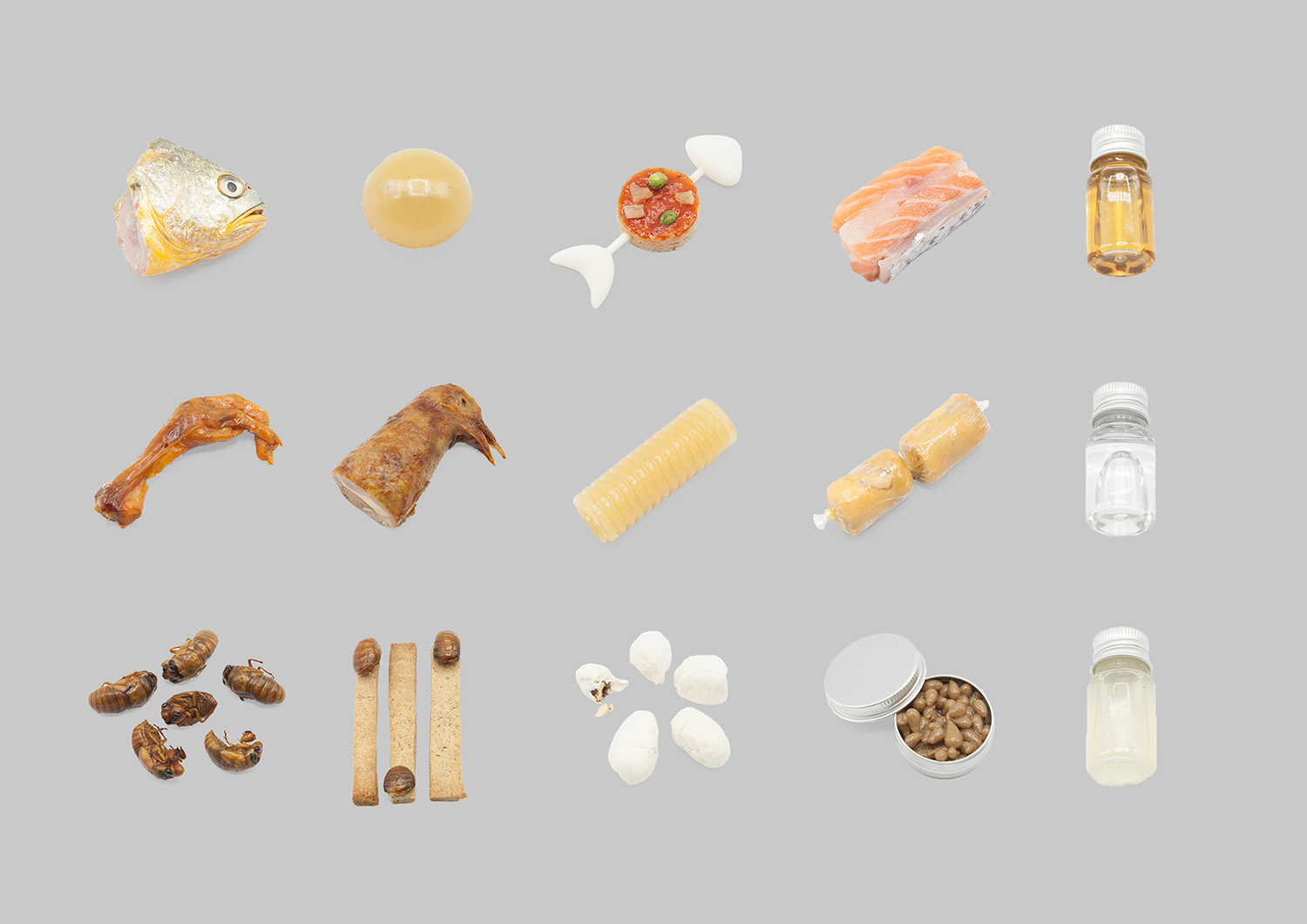 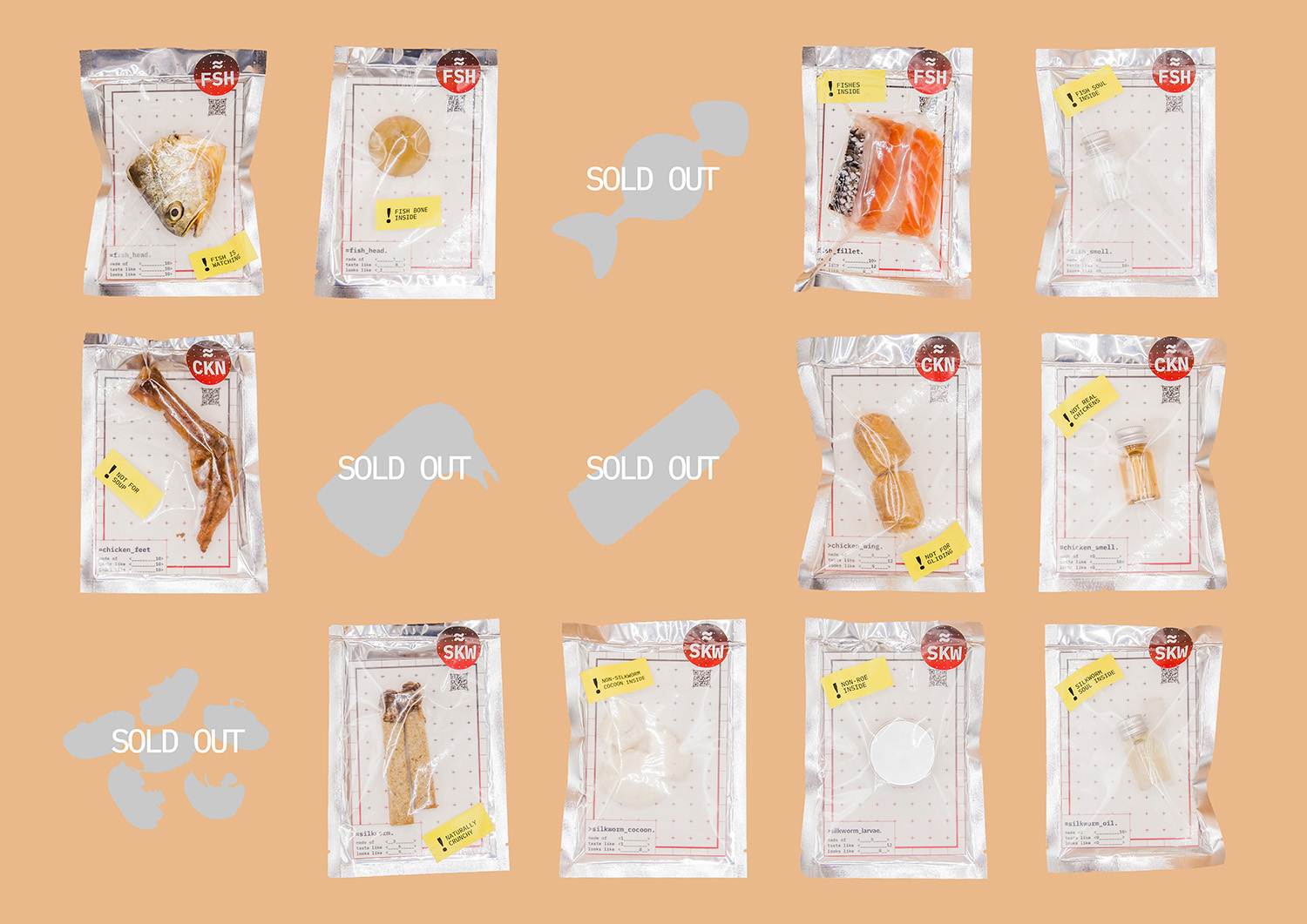 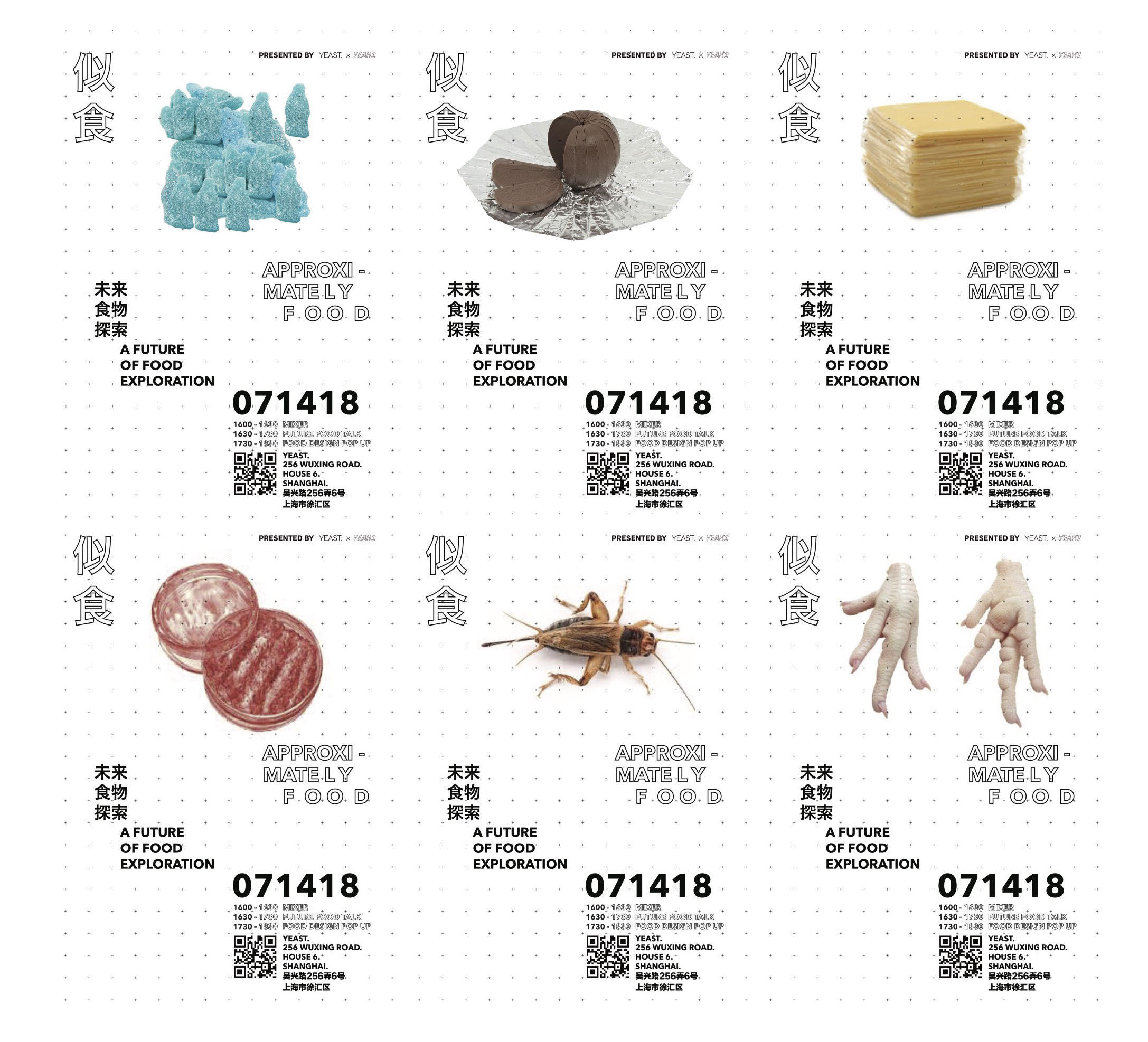 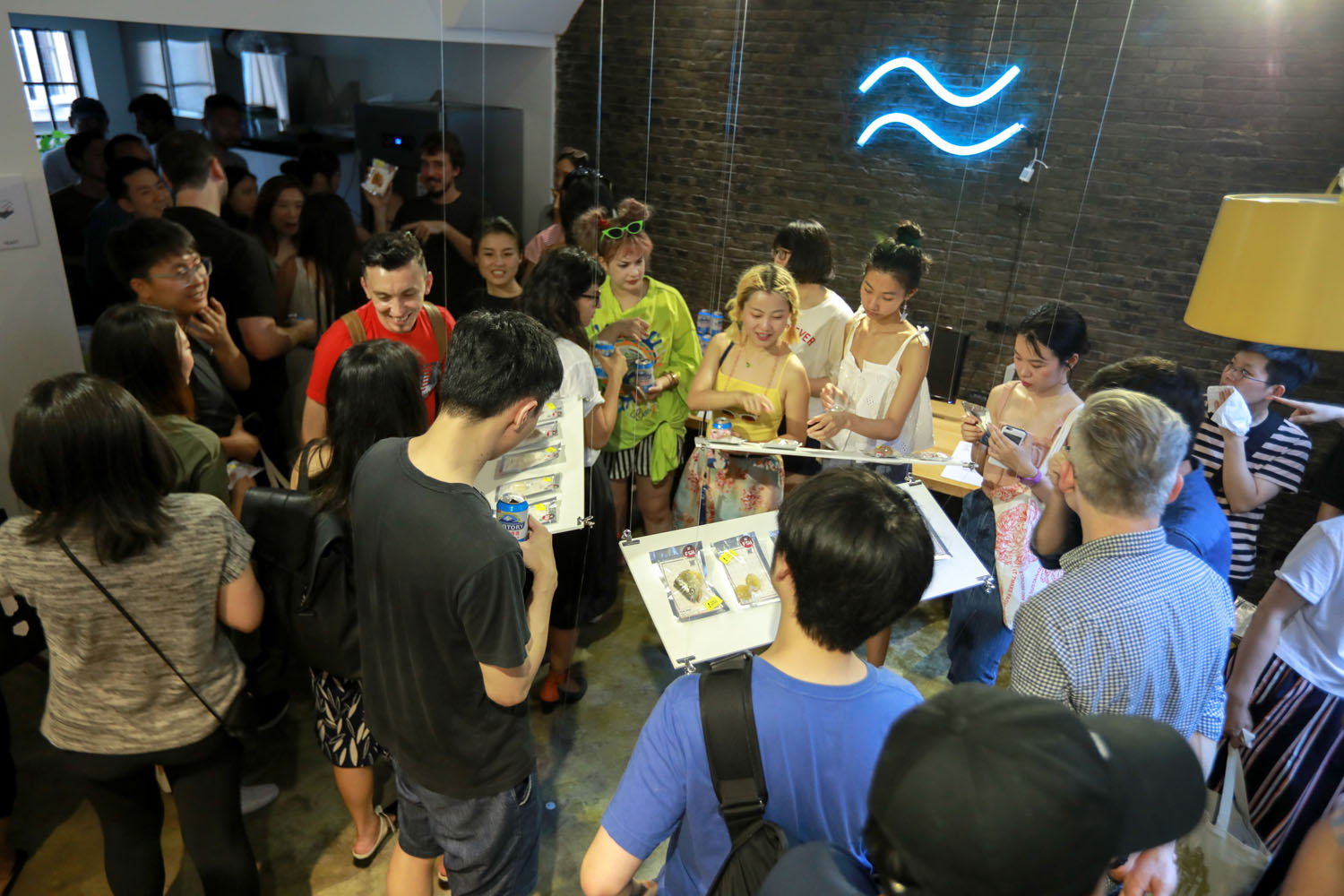 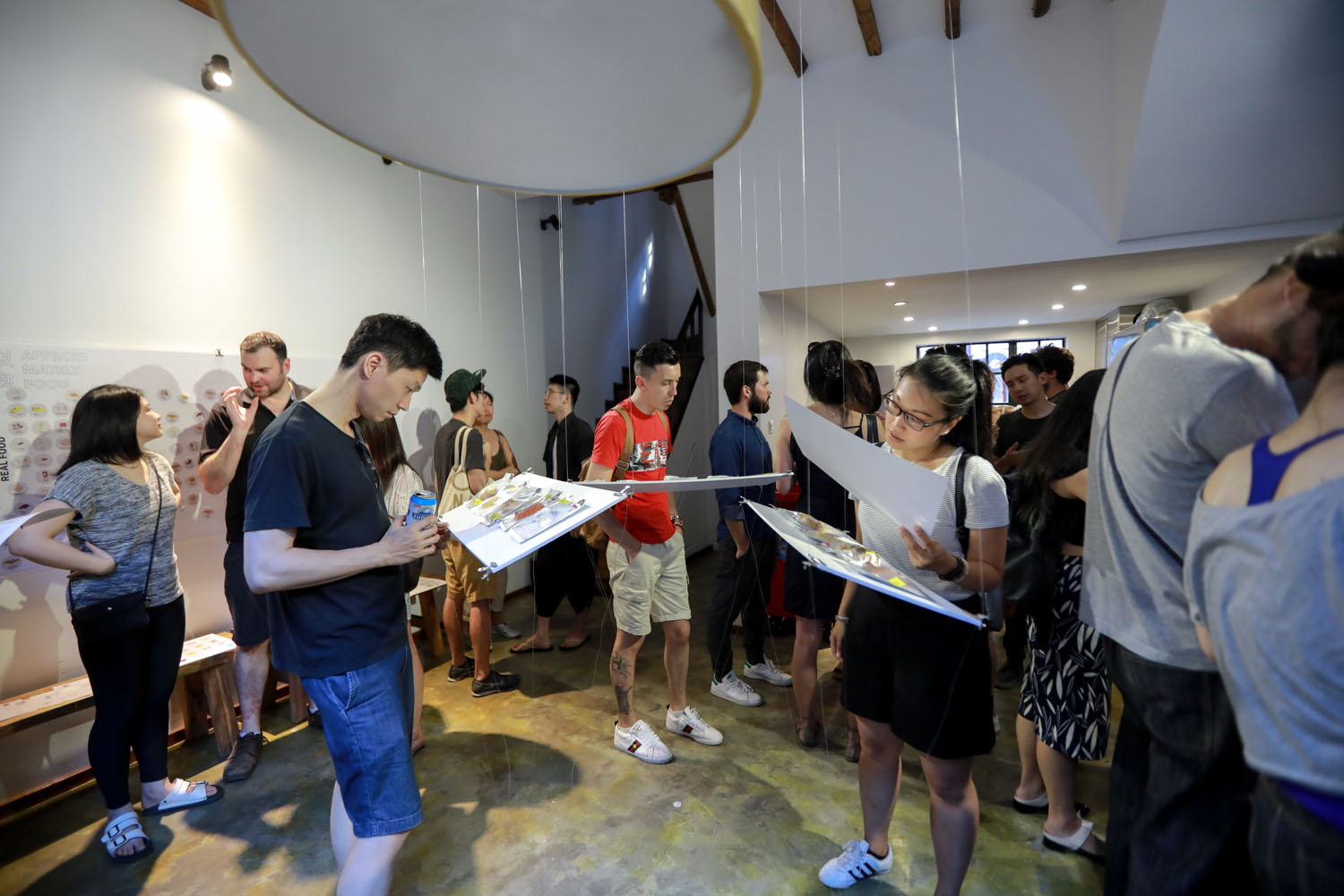 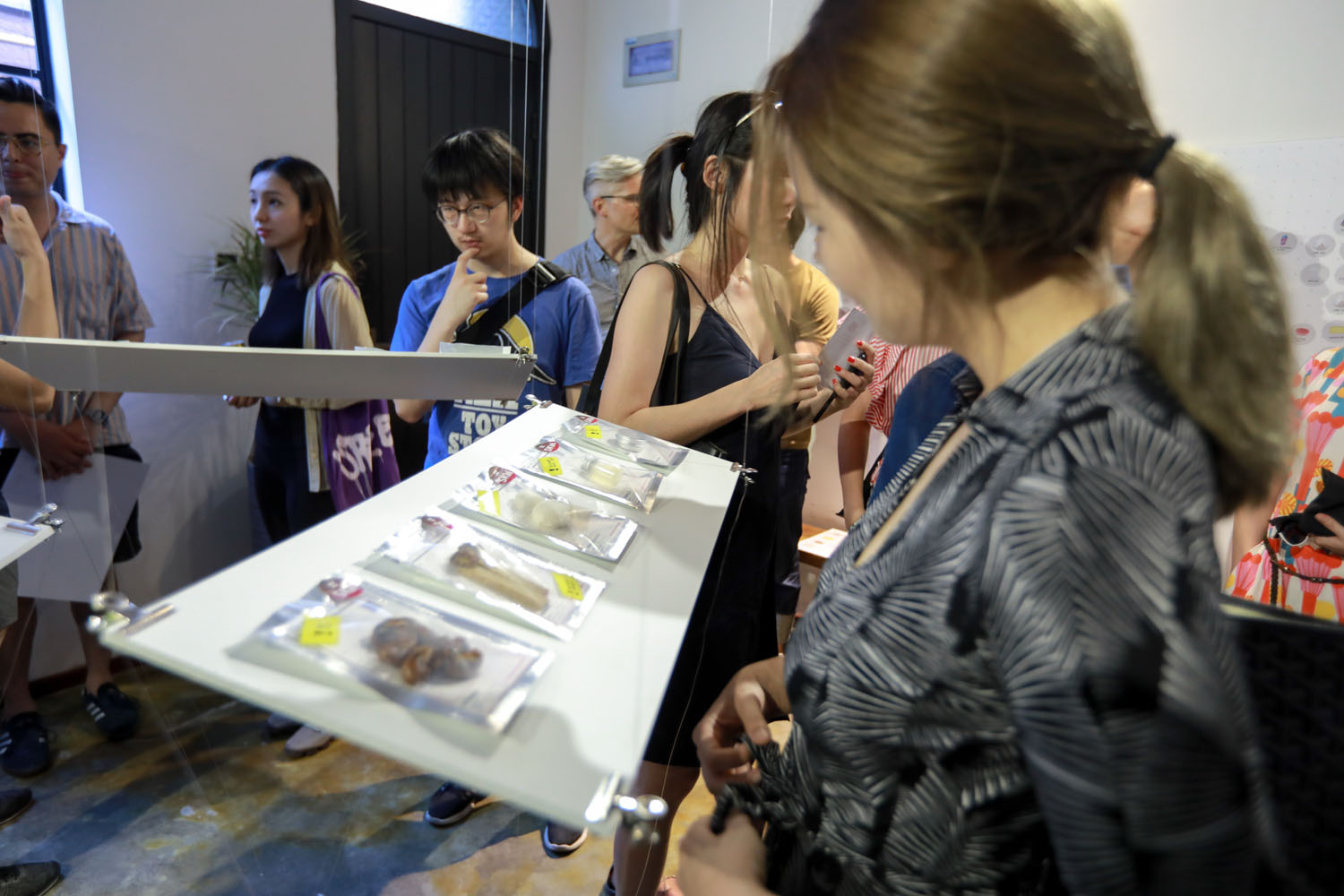 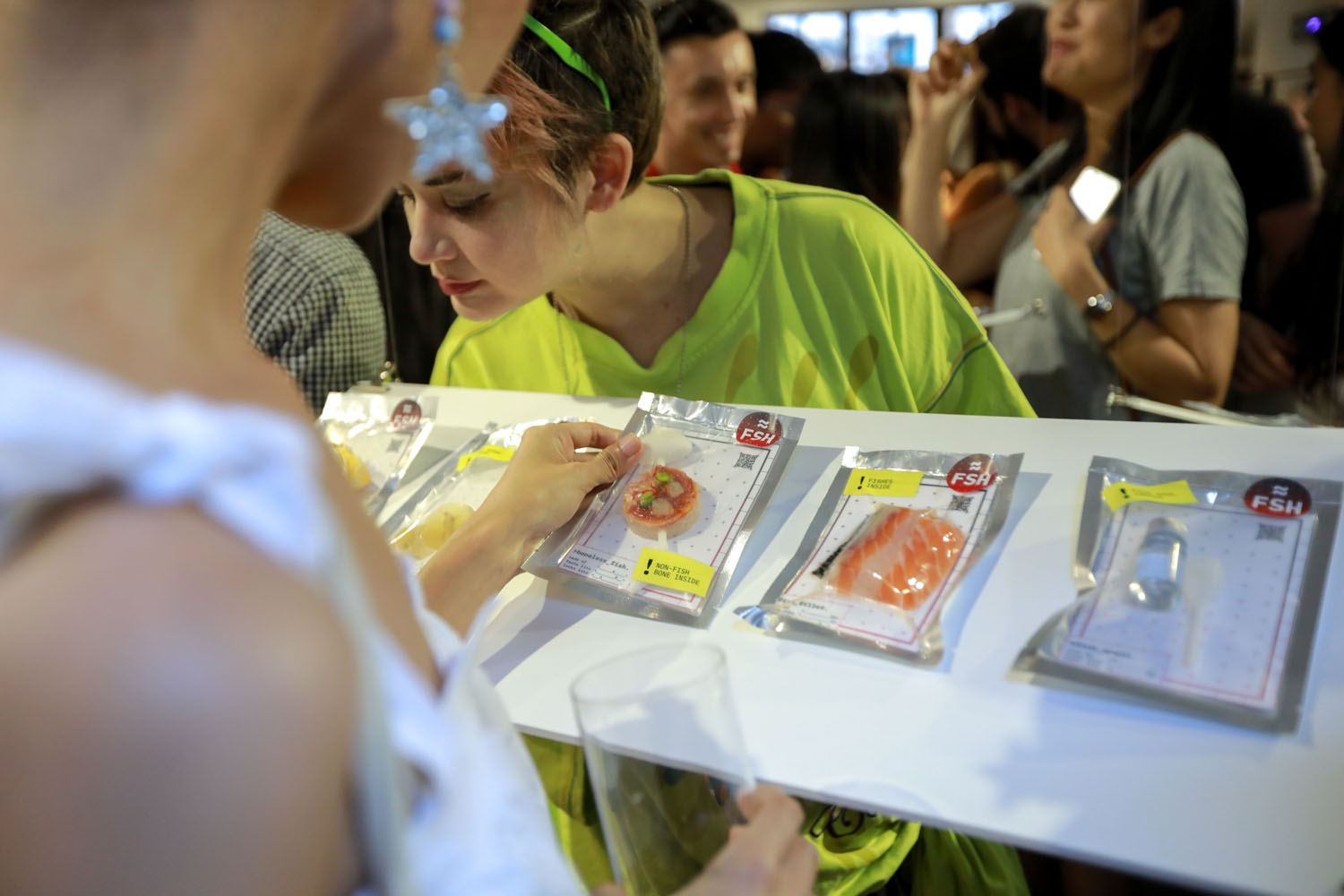 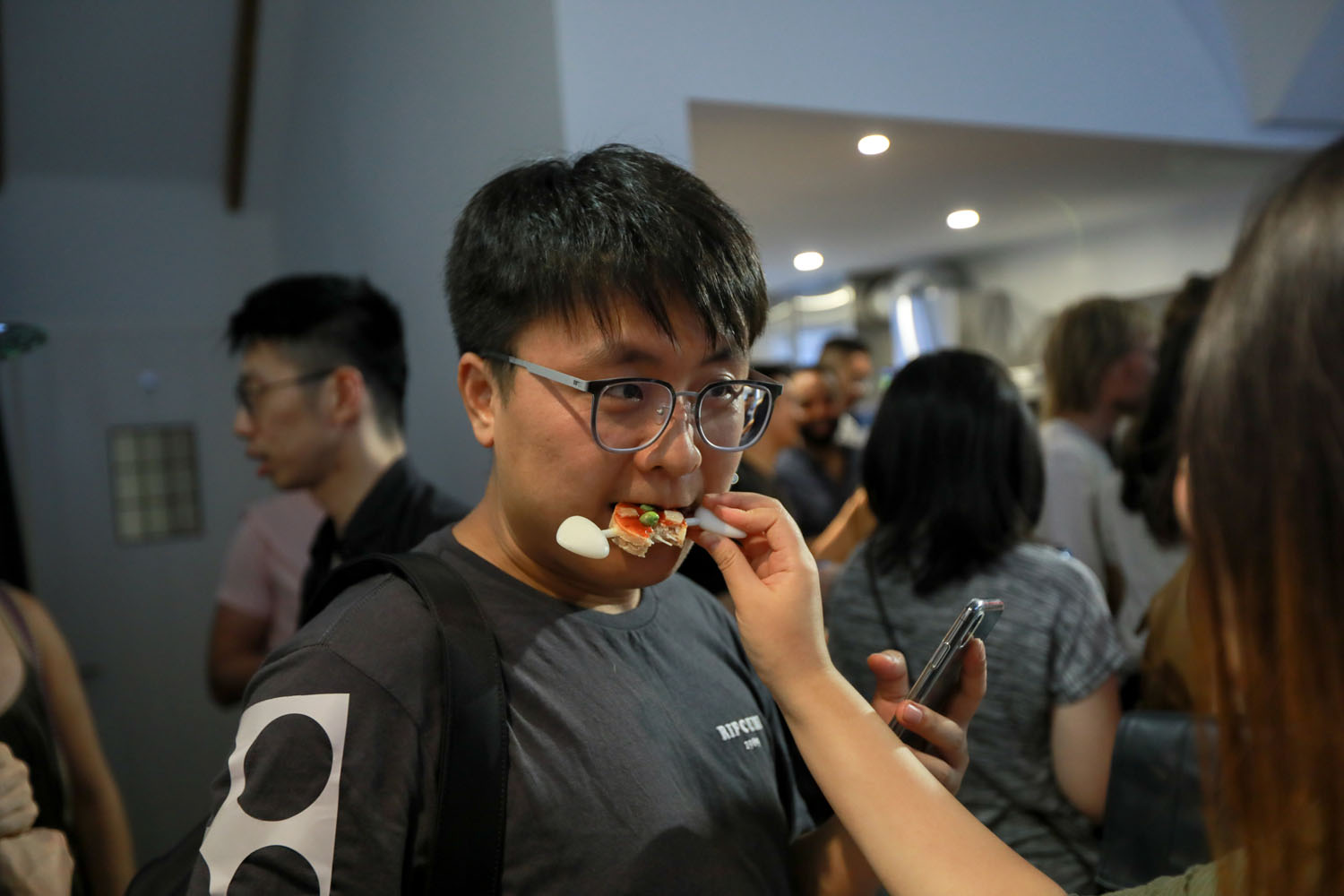 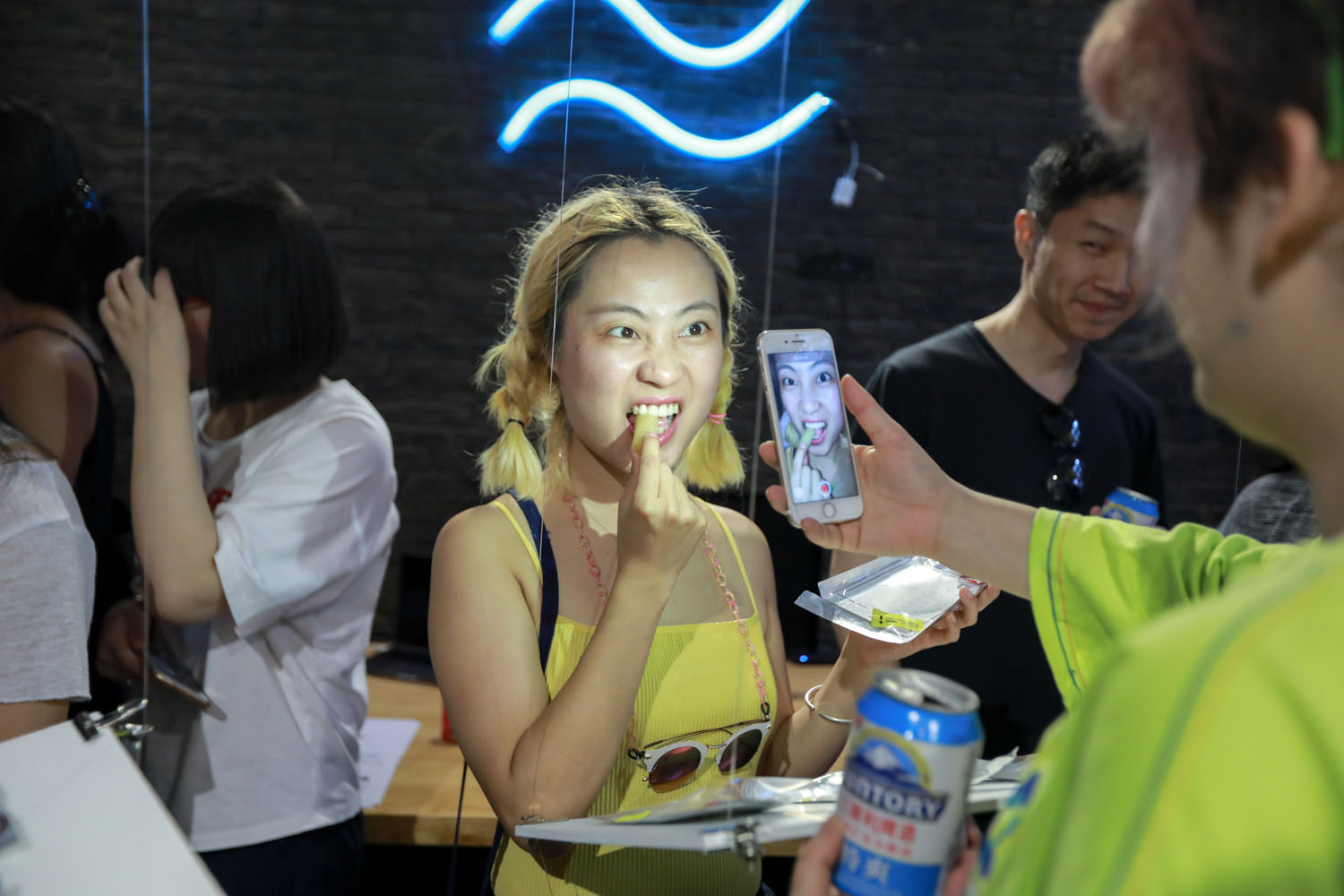 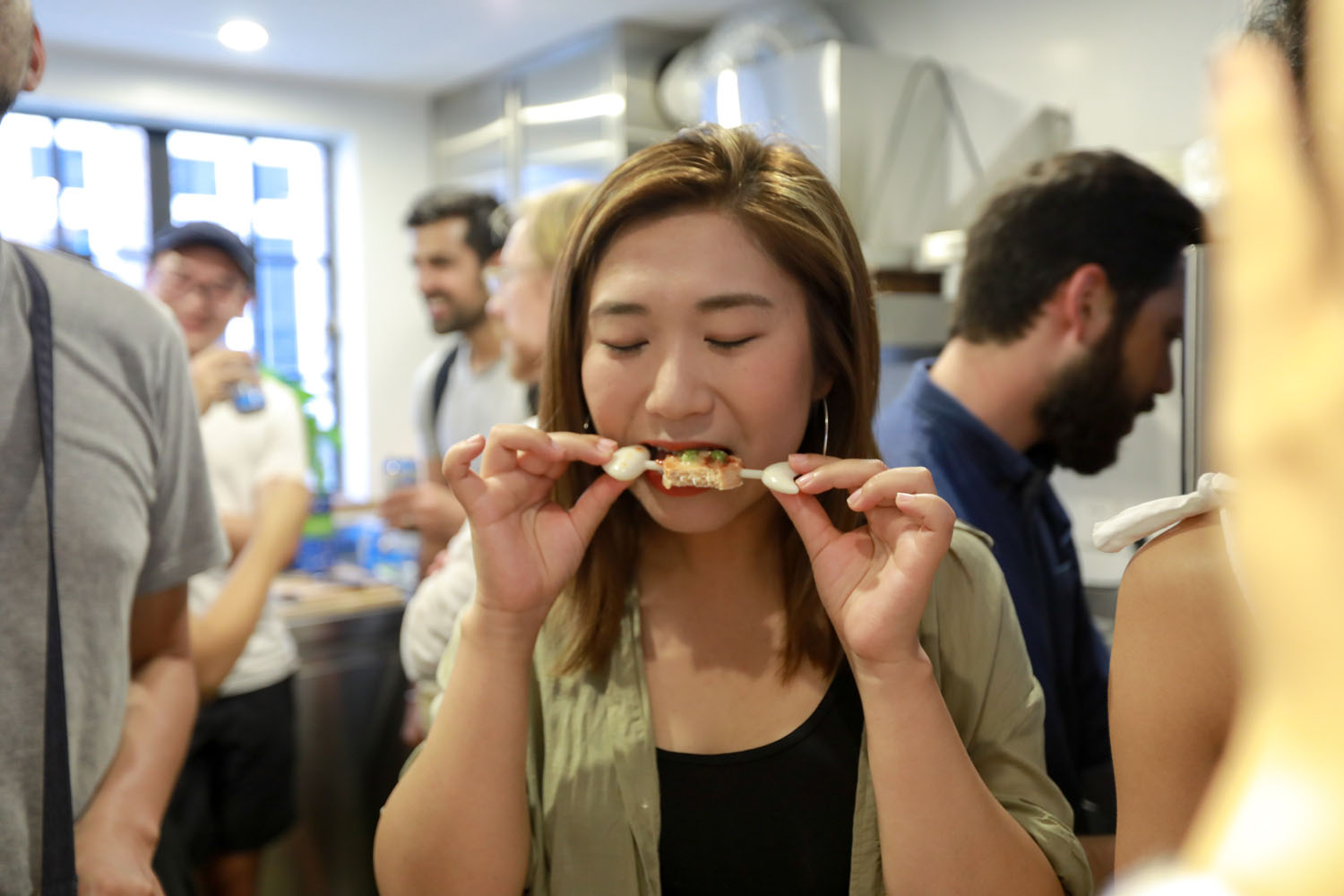 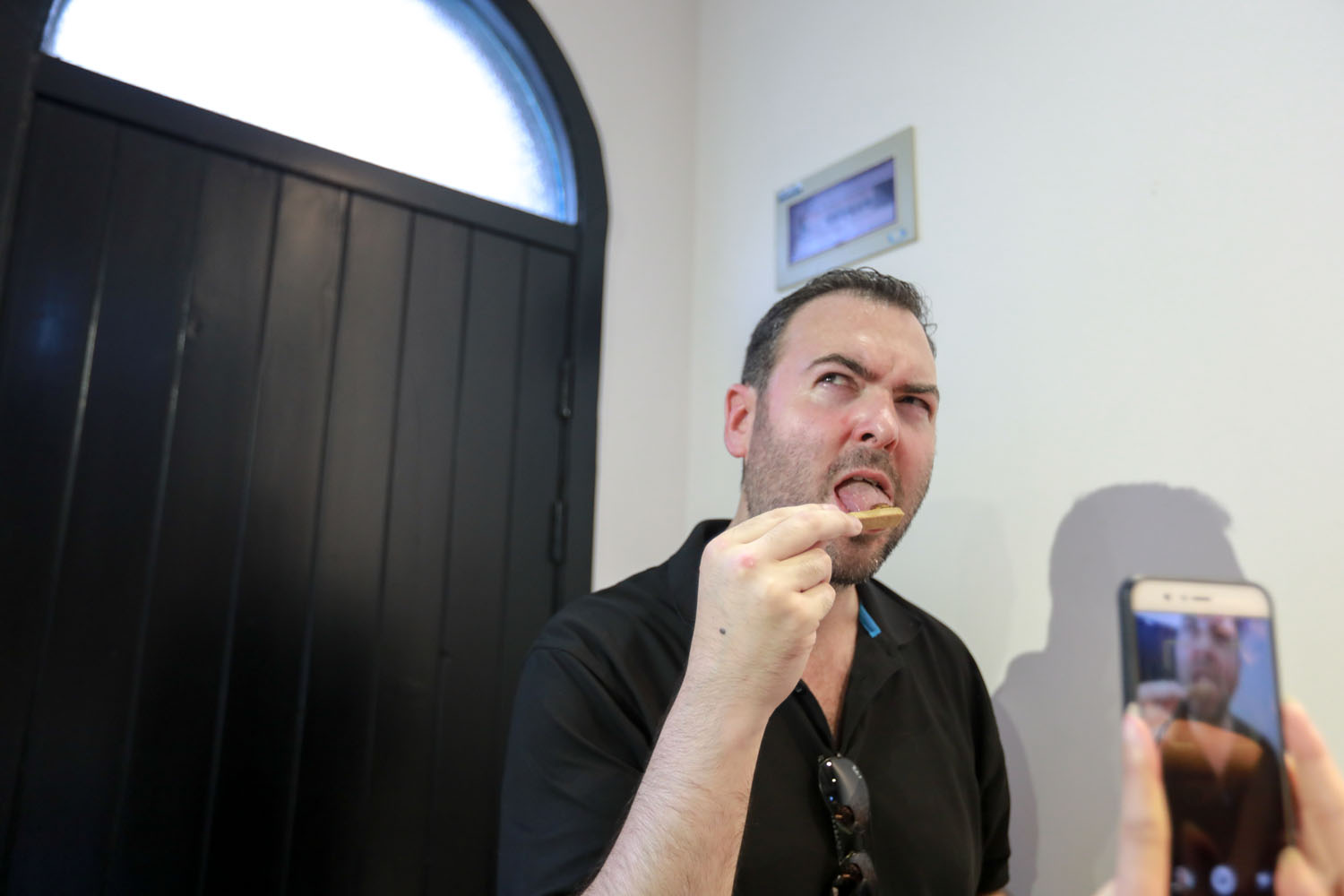 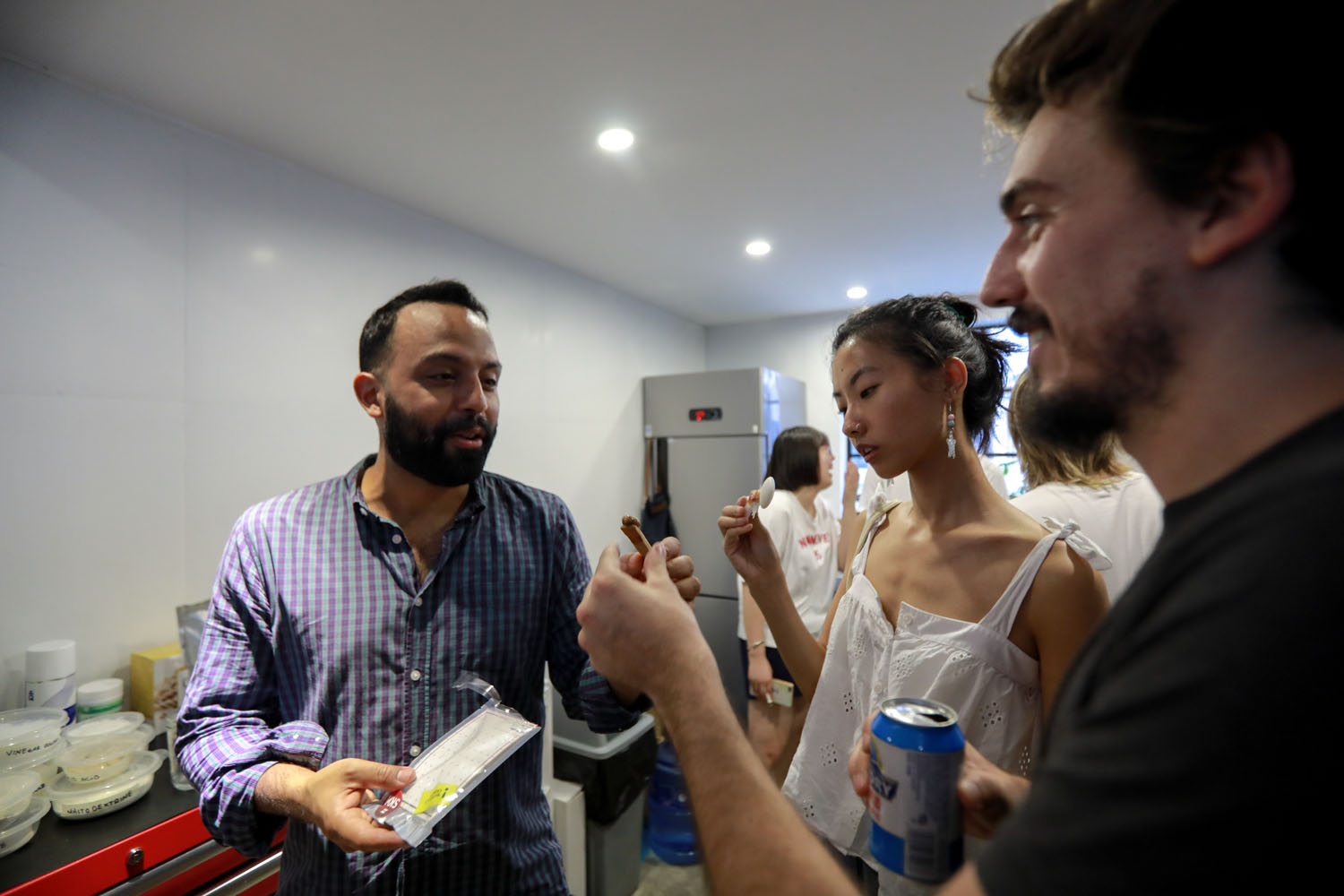 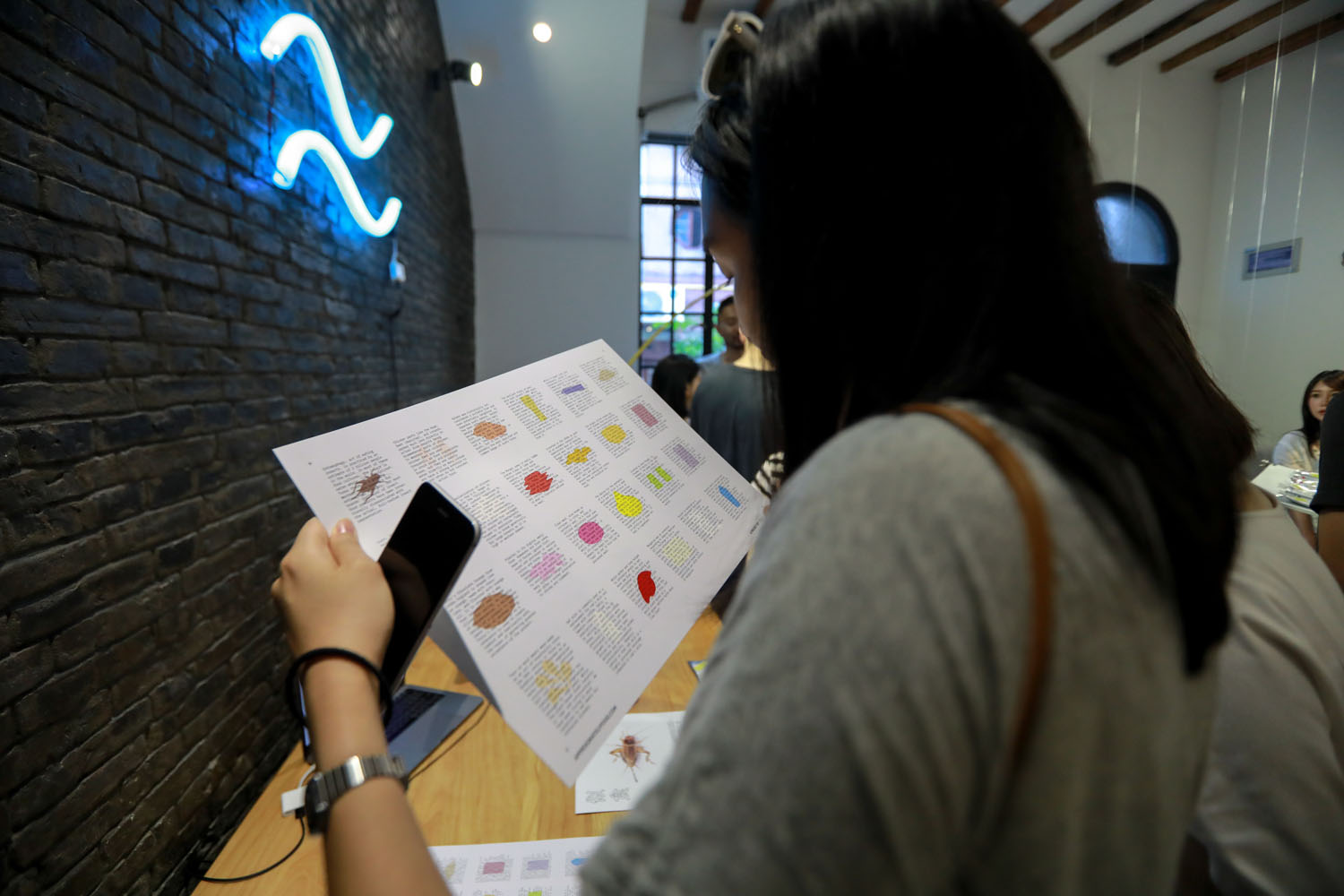 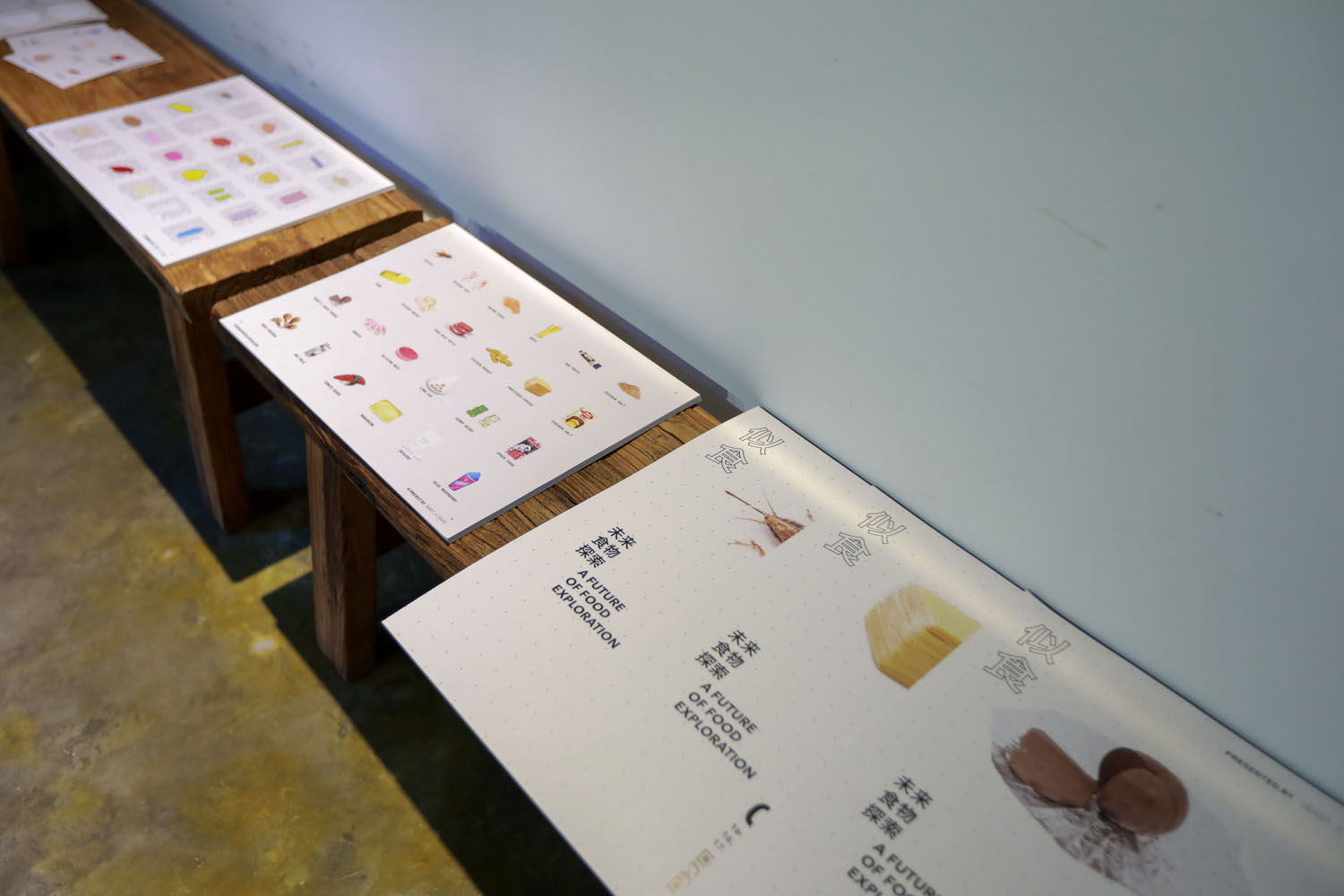 ​In collaboration with Yasaman Sheri and Felix Lorsignol, we launched the project with an exhibition hosted at YEAST.

We must rethink 'real' food.
There is a dichotomous debate in today’s vision for the future of food. On one side there are advocates for organically-grown plants and free-range animal meats, while on the other side there are proponents of industrial-processed and biotech-engineered foods. In the debate, eaters are perplexed to decide what to eat as ‘real’ food.
Many companies today advocate in their marketing for their 'real', 'natural', and 'whole' foods, which to the uninformed would suggest then that all other foods are fake, artificial, and processed.
Approximately Food is a venture with the mission to question the so-call 'real' food. For what is considered 'real' is actually quite subjective and moreover in constant evolution driven by technological advances, cultural differences, and the changing of times.
All that we eat is approximately food.

All new foods are approximately their predecessors.
Technology enables new possibilities for food. With each breakthrough in technology - irrigation, fermentation, industrial production, genetic engineering - there is an expansionary creation of new possible foods. Some, though not all, will sustain, and eventually become part of our food traditions.
Thousands of years ago, we domesticated the wild fowl and using breeding and farming technologies we created the modern chicken. Today, we seek alternatives to animal-based foods and, using the latest biotechnologies, we created the egg-free mayonnaise. These are both approximate new versions of their respective predecessors.

Food cultures are different, but approximately the same.
Food cultures are borne out of necessity, expanded through creativity, and sustained for cultural identity. They arise, evolve, converge, and diverge all across the world, creating diverse foods that are different, but approximately the same.
Artisanal cheese and stinky tofu are great examples of foods that, while converging on technique, diverge in their cultural roots. They both arose from the need to preserve and expanded through a long history of craftsmanship. Moreover, they became embedded food tradition and flavors that delight locals and disgust foreigners.

What is ‘real’ changes with time.
Change is the only constant in time, and so it is with food. Controversial new foods have been introduced throughout history from newly discovered sources, foreign cultures and new technologies. In time, foods considered taboo turn mainstream, and sometimes turn back to taboo.
Japanese sushi and sashimi has in recent times become a popular food internationally, particularly in Western countries. Insect foods such as crickets, are common in certain countries but not in Western countries. Our guess is it is only a matter of time before it becomes a mainstream 'real' food for everybody.